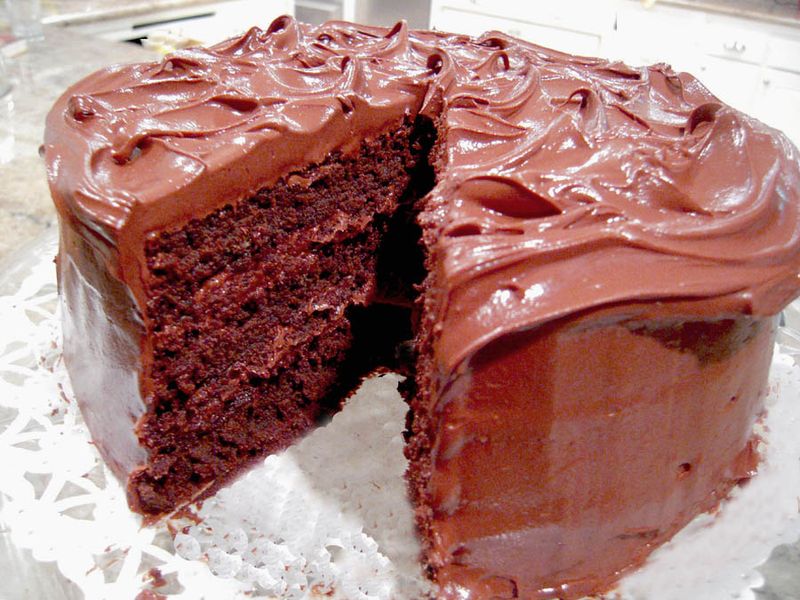 Devil’s Food Cake is one of the most popular cakes in the United States and has its own day, May 19, which celebrates National Devil’s Food Cake Day.  “Devil’s Food” cake is rich, decadent chocolate cake that is generally darker in color than most chocolate cakes and usually has a very moist, velvety texture. One difference in preparing the Devil’s Food cake is that hot or boiling water is used as the main liquid rather than milk which tends to dull the flavor of chocolate.  The cake layers are primarily slathered in a rich chocolate frosting, making it a chocoholic's dream come true.

1.  Adjust oven rack to upper- and lower-middle positions; heat oven to 350 degrees. Meanwhile, grease three 8-inch cake pans with butter and line bottom of each pan with parchment paper round. Combine chocolate and cocoa in medium bowl; pour boiling water over and whisk until smooth. Sift together flours, baking soda, and salt onto large sheet parchment or waxed paper; set aside.

2. Place butter in bowl of standing mixer and beat at medium-high speed until creamy, about 1 minute. Add brown sugar and beat on high until light and fluffy, about 3 minutes. Stop mixer and scrape down bowl with rubber spatula. Increase speed to medium-high and add eggs one at a time, beating 30 seconds after each addition. Reduce speed to medium; add sour cream and vanilla and beat until combined, about 10 seconds. Stop mixer and scrape down bowl. With mixer on low, add about one third of flour mixture, followed by about one half of chocolate mixture. Repeat, ending with flour mixture; beat until just combined, about 15 seconds. Do not overbeat. Remove bowl from mixer; scrape bottom and sides of bowl with rubber spatula and mix gently to thoroughly combine.

3. Divide batter evenly among cake pans, smooth batter to edges of pan with rubber spatula. If baking three 8-inch cakes, place two pans on lower-middle rack and one on upper-middle rack. Bake until skewer inserted in center comes out clean, 20 to 23 minutes for 8-inch cakes. Cool on wire rack 15 to 20 minutes. Run knife around pan perimeter to loosen. Invert cakes onto large plate; peel off parchment, and re-invert onto lightly greased rack. Cool completely before icing

This frosting may be made with milk, semisweet, or bittersweet chocolate.  Cool the chocolate to between 85 and 100 degrees before adding it to the butter mixture.

In food processor, process butter, sugar, cocoa, and salt until smooth, about 30 seconds, scraping sides of bowl as needed. Add corn syrup and vanilla and process until just combined, 5 to 10 seconds. Scrape sides of bowl, then add chocolate and pulse until smooth and creamy, 10 to 15 seconds.

*Vanilla Buttercream is also nice with Devil's Food Cake - I like to use real Vanilla Bean - the dark flecks of vanilla bean look great in the frosting... 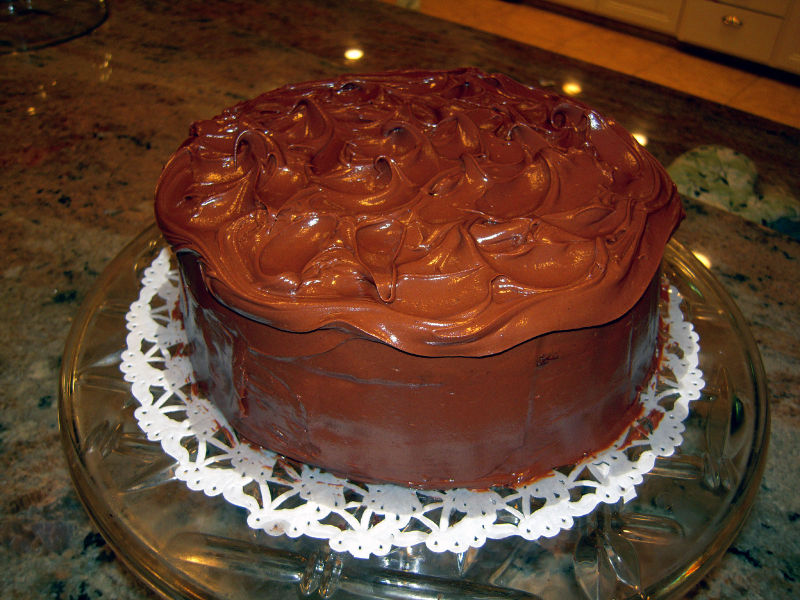 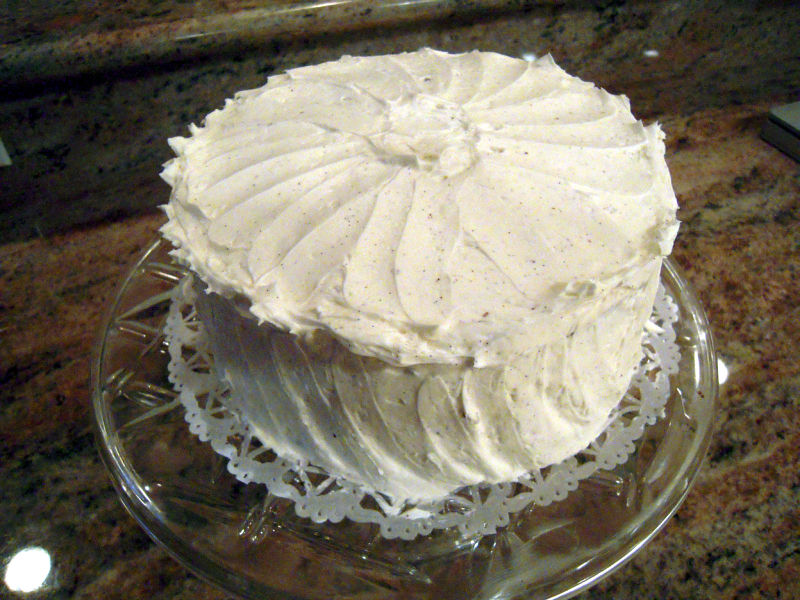