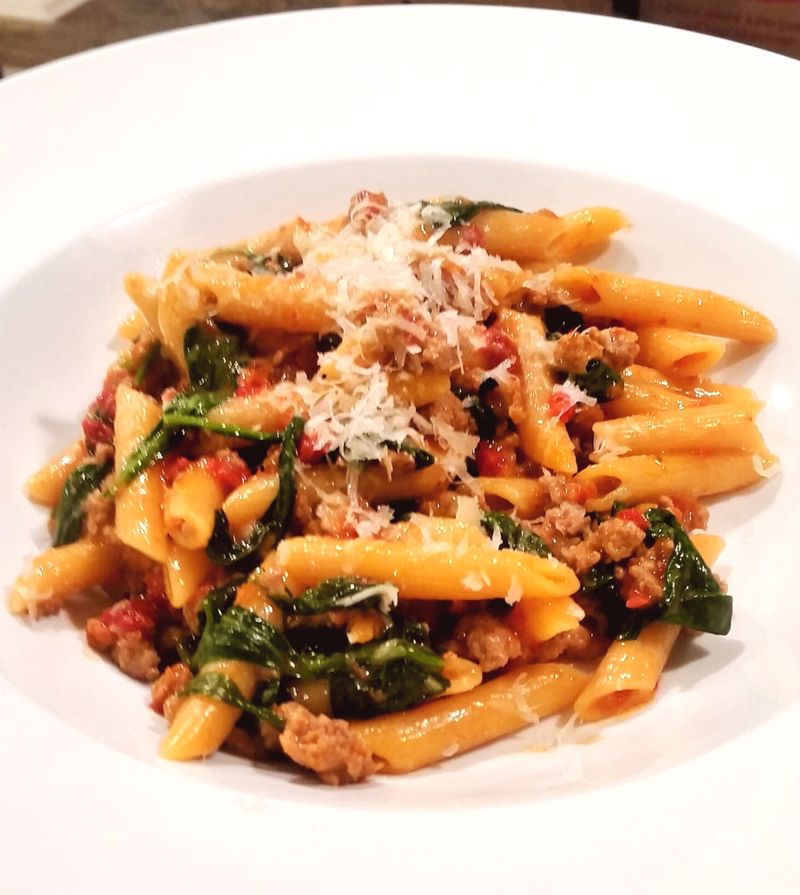 This is an excellent dinner recipe that’s completely satisfying and requires only one pan! I love home cooking but hate all the kitchen cleanup some dishes require. This hearty comfort food can be thrown together fast and requires just a few simple ingredients.  The combination of sun dried tomatoes, spicy turkey sausage, and green spinach not only provide great flavor but also make for a colorful dish during the winter months. 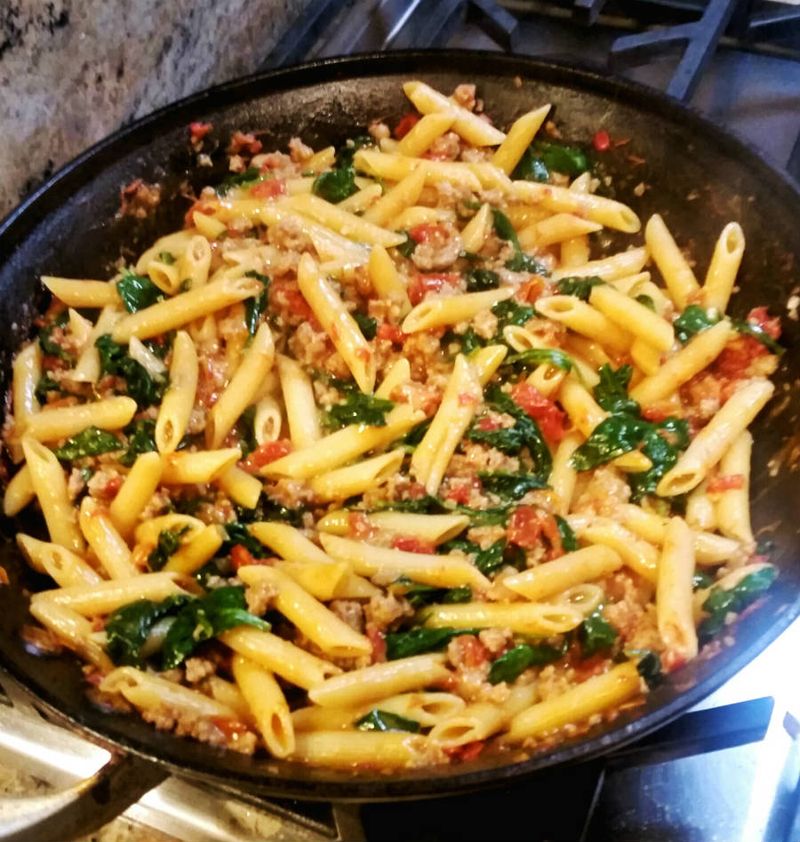 I discovered Chicken Paprikash on a recent trip to Budapest. You can read more about the trip and the recipe here -->http://oneforthetable.com/Global-Cuisine/chicken-paprikash 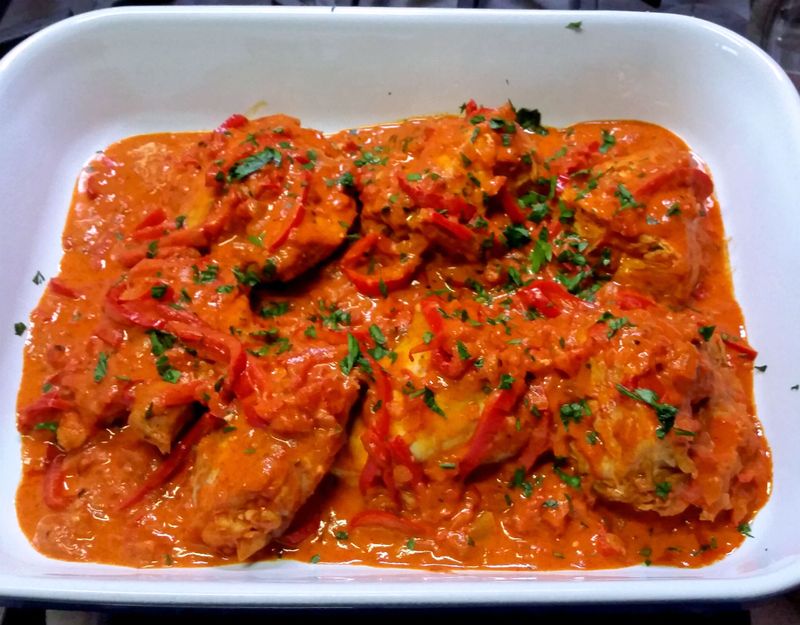 1-2 large onions, halved and sliced thin (use 2 if you’re not using red peppers)