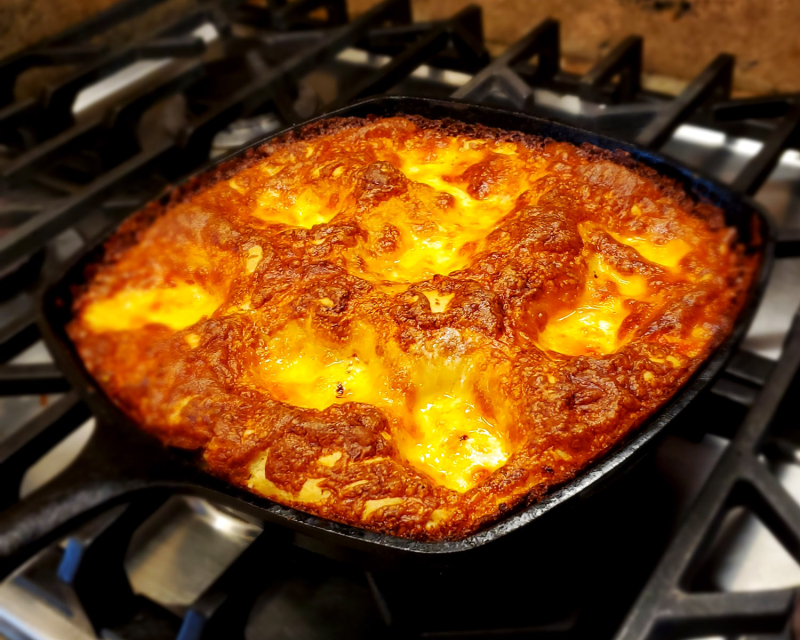 I’ve seen this recipe posted so often recently, with rave reviews, that I decided I’d better make it and see for myself. One bite of this crispy, crunchy, cheesy pizza and you will understand why it is King Arthur Flour’s recipe of the year. It’s similar to a Chicago deep dish, but the crust is so soft and tender, like focaccia, and the mozzarella melts around the edges, forming a deliciously crusty edge. Kristen Miglore from Food 52 posted a great video that shows how easy this recipe is to make at home, you can view it here - 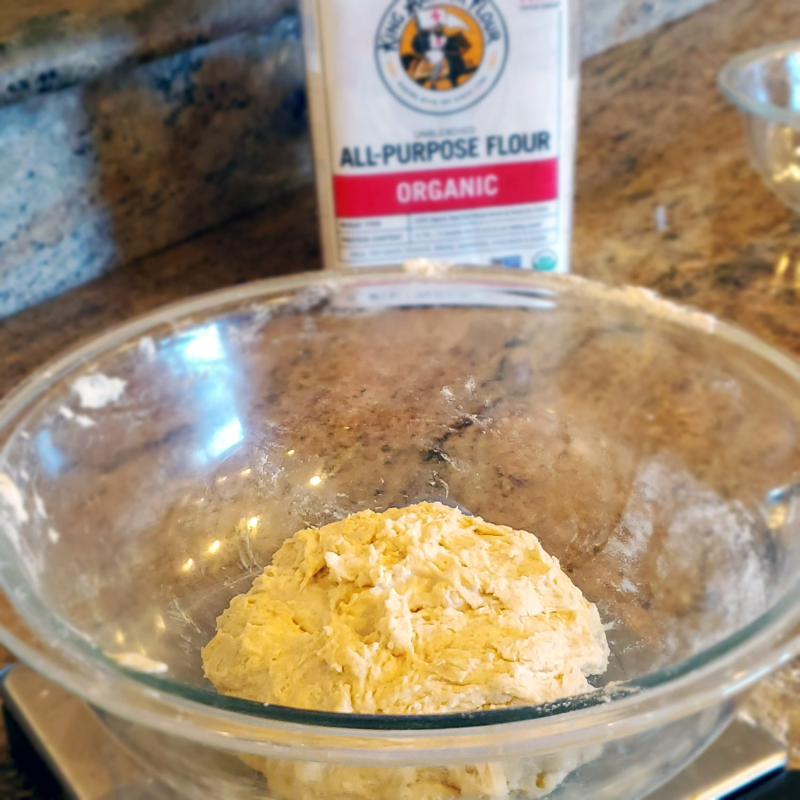 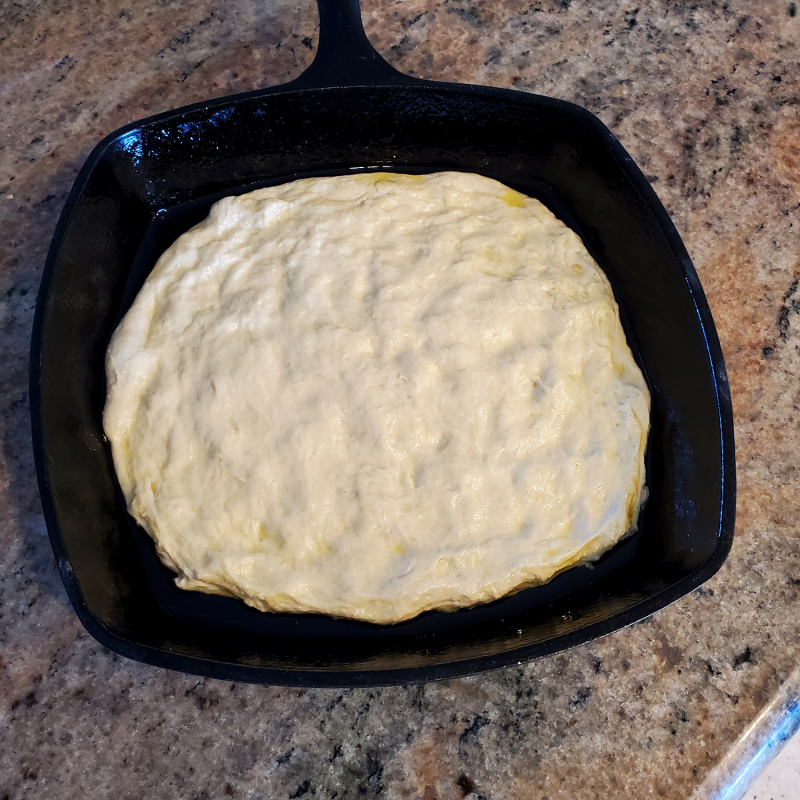 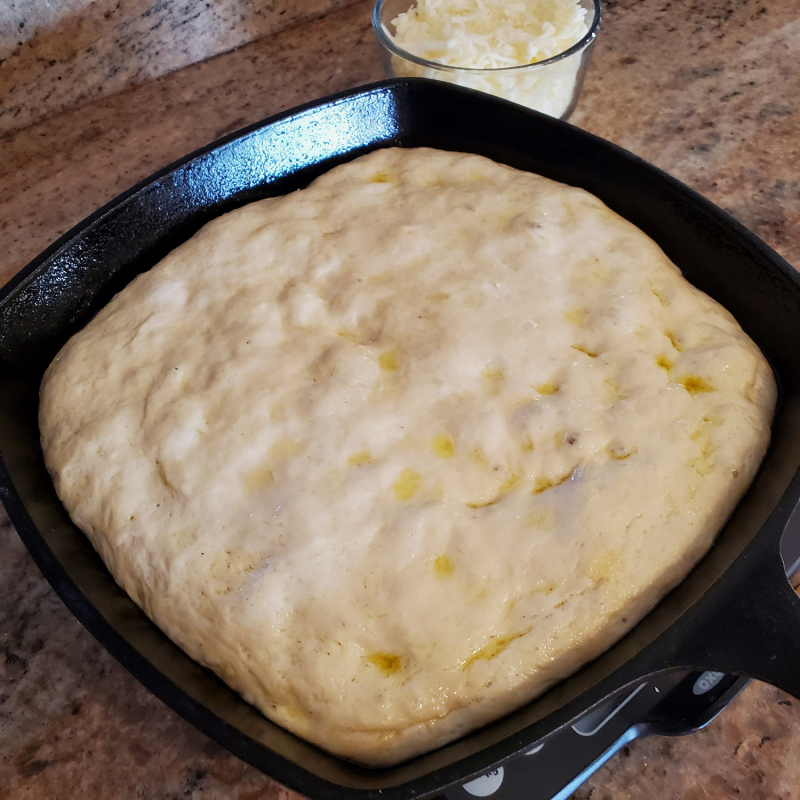 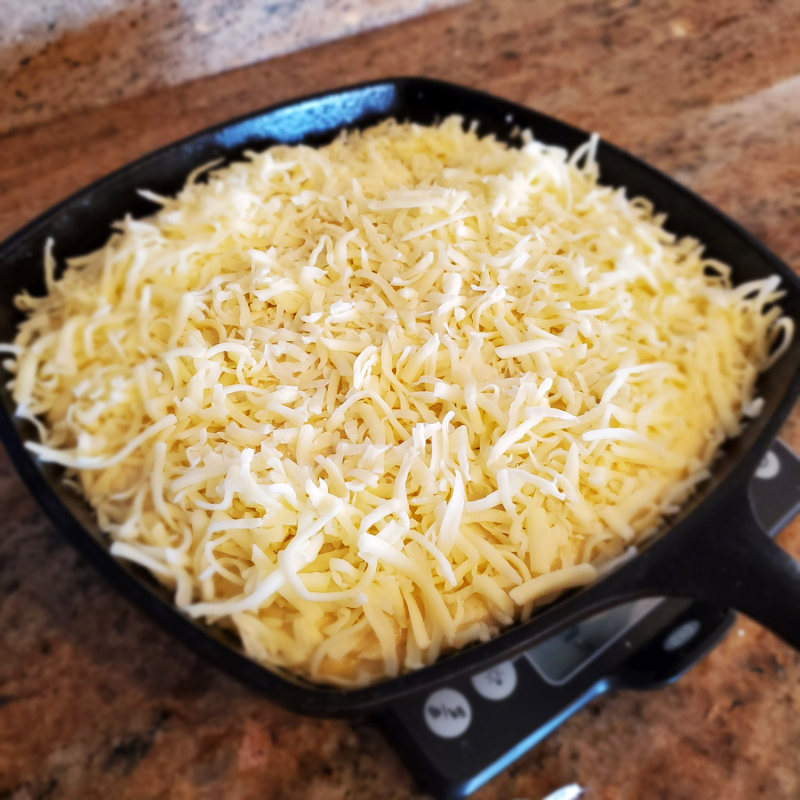 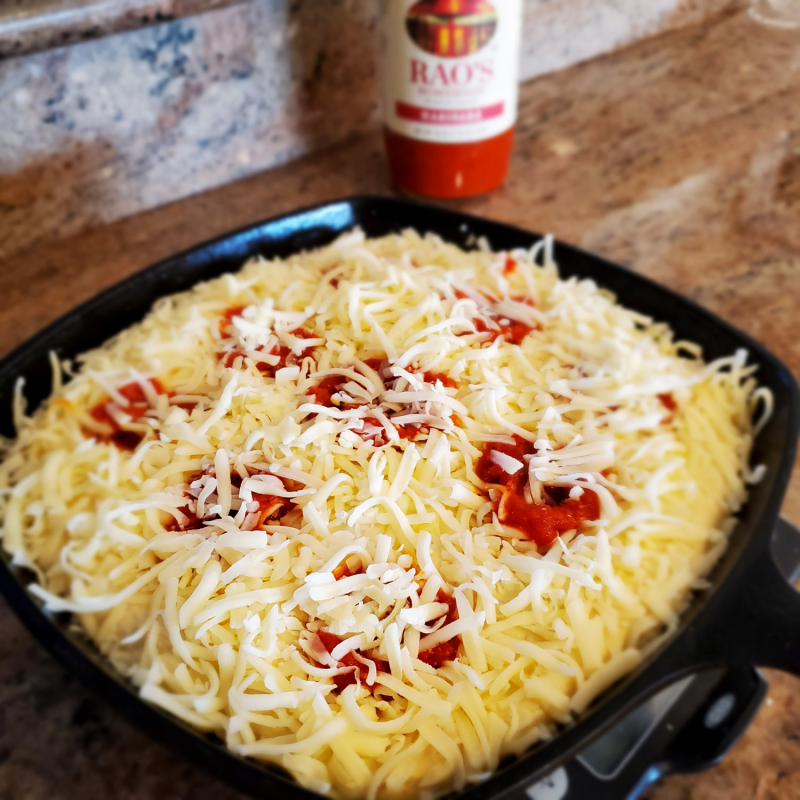 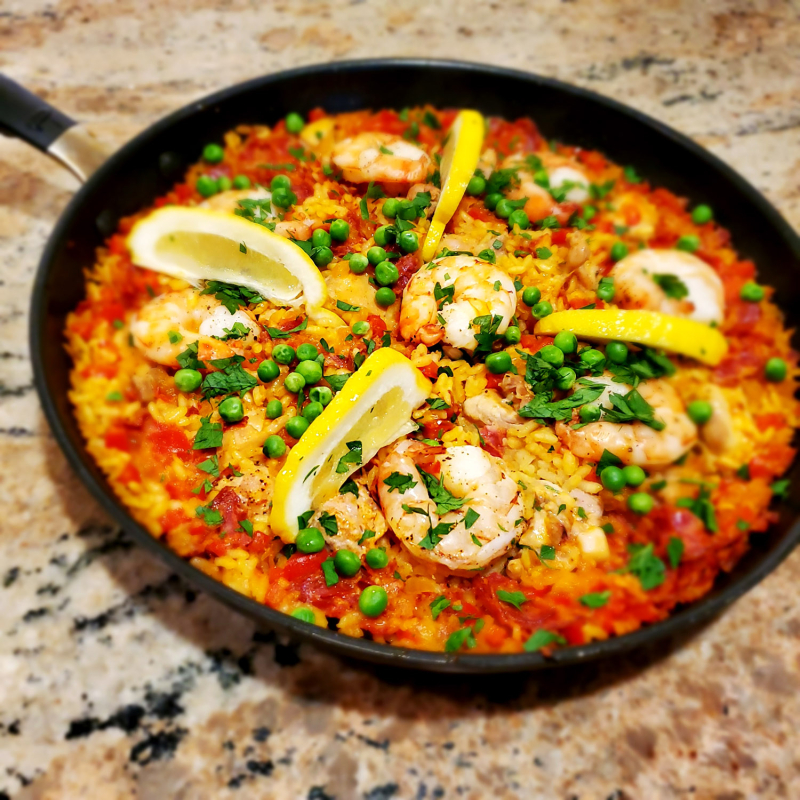 Some may scoff at the idea of a “shortcut” paella that tastes great, but this recipe really delivers amazing flavor in record time. A few key ingredients lend to the authentic flavor – saffron, smoked paprika, and Spanish chorizo – all add tremendous flavor. Everything is cooked in a 12-inch nonstick skillet, but a well-seasoned 12” cast iron skillet will work too, and either pan will produce the paella’s signature crispy bottom crust called soccarat. If you are cooking Paella for more than 2 or 3 people, you might want to consider a traditional paella pan.  These are wide and shallow dishes that are perfect for cooking and serving paella.  Typically you can get them in carbon steel or enameled steel.  Carbon steel lasts longer but is more work to maintain; enameled steel is easier but won’t withstand heavy use. 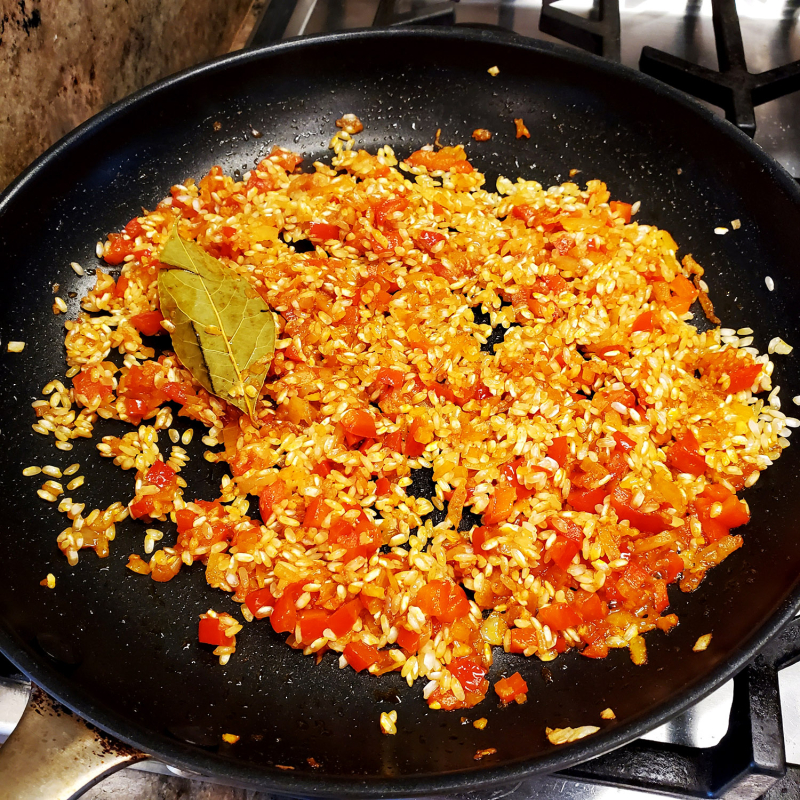 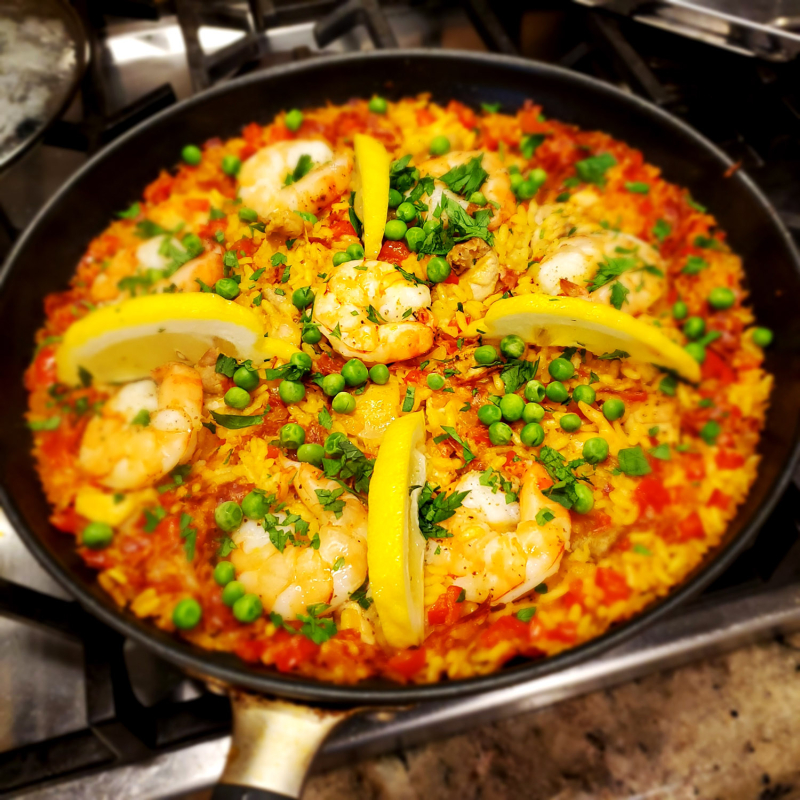 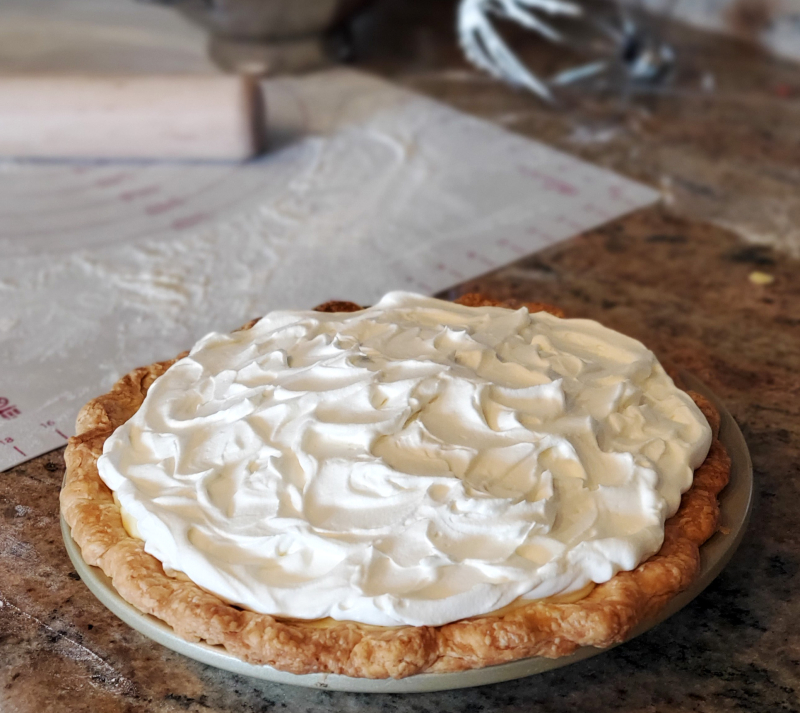 If you love banana cream pie, this is the only recipe you will ever need - luxurious pastry cream surrounds sliced bananas and lathered in freshly whipped cream. The filling’s banana flavor in heightened by infusing the pastry cream with sautéed bananas. I prefer the taste of a homemade flaky butter crust, but you can use a ready-made pie crust, or graham cracker crust. Cook’s Country developed this recipe back in 2012 and I’ve yet to find one that beats it. They included some helpful notes with the original recipe: Use all-yellow to lightly spotted, not green-topped or all-brown bananas for this recipe. Peel and slice the bananas just before using to help prevent browning. When straining the half-and-half in step 2, do not press on the bananas or the custard will turn gray as it sits. The pie can be made up to 24 hours in advance. Because the mixture in step 3 is very thick, the temperature varies a bit from place to place in the pot; be sure to check the temperature in various locations before removing the pot from heat. 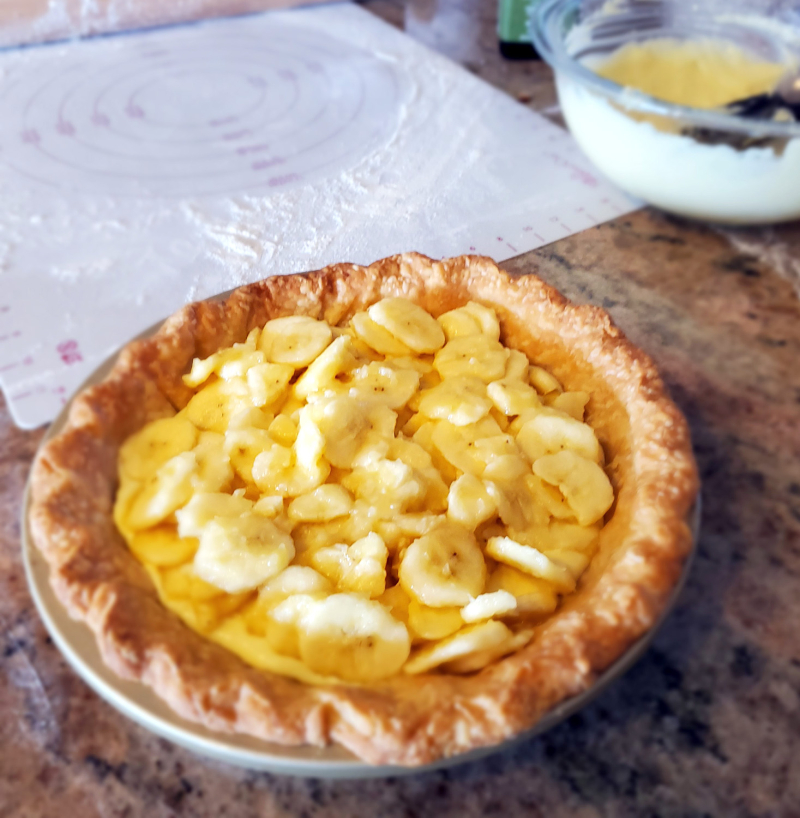 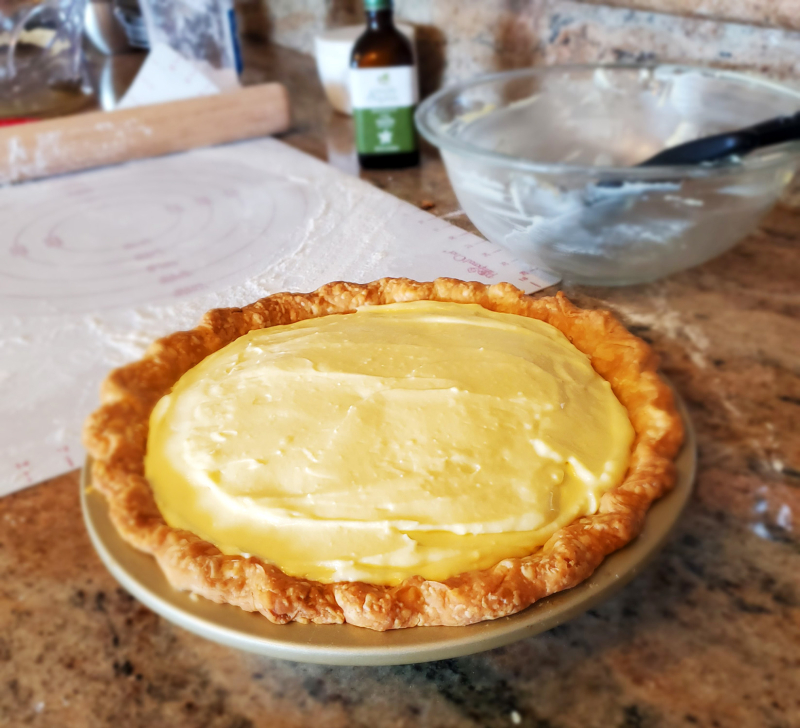 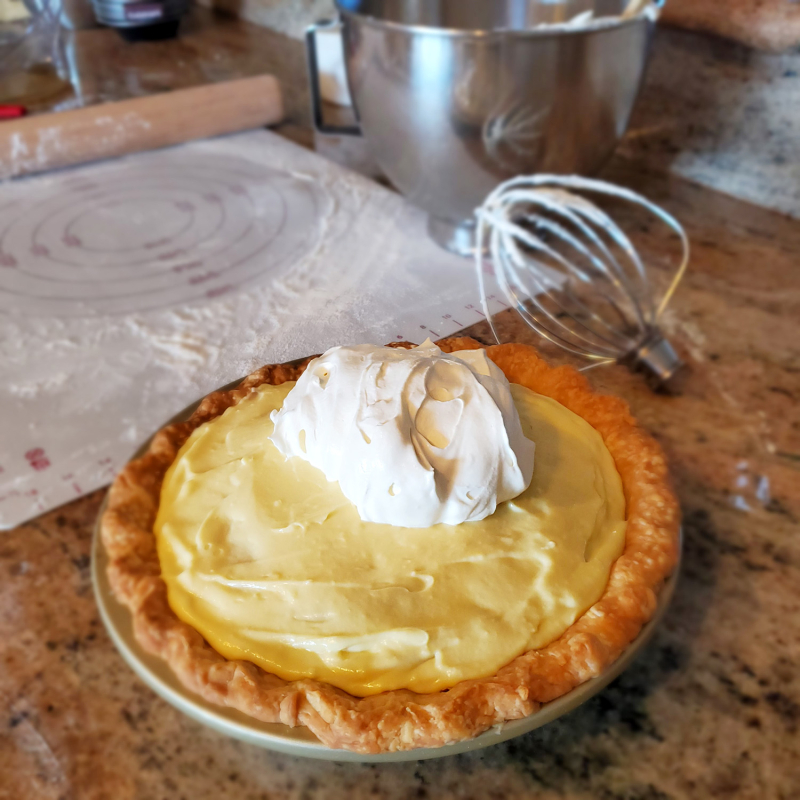 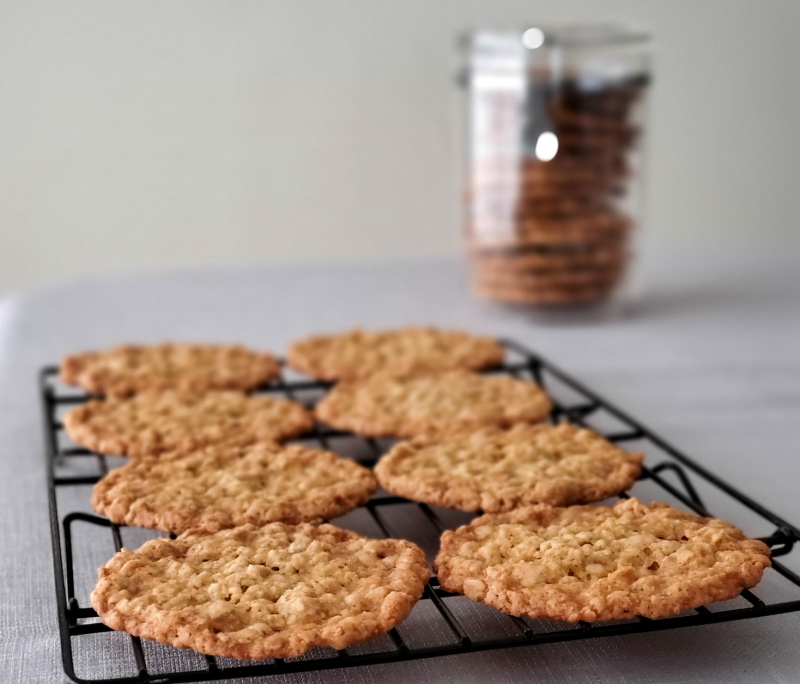 Most people love big chewy oatmeal cookies, but I’m partial to this thin, crispy, buttery version from America’s Test Kitchen’s The Perfect Cookie -  They stay crisp for days in a sealed container, or you can freeze them and enjoy whenever you’re in the mood for one. I prefer them frozen, extra crunchy – they’re addictive!

To ensure that the cookies bake evenly and are crisp throughout, bake them 1 tray at a time. Place them on the baking sheet in 3 rows, with 3 cookies in the outer rows and 2 cookies in the center row. If you reuse a baking sheet, allow the cookies on it to cool at least 15 minutes before transferring them to a wire rack, then reline the sheet with fresh parchment before baking more cookies. 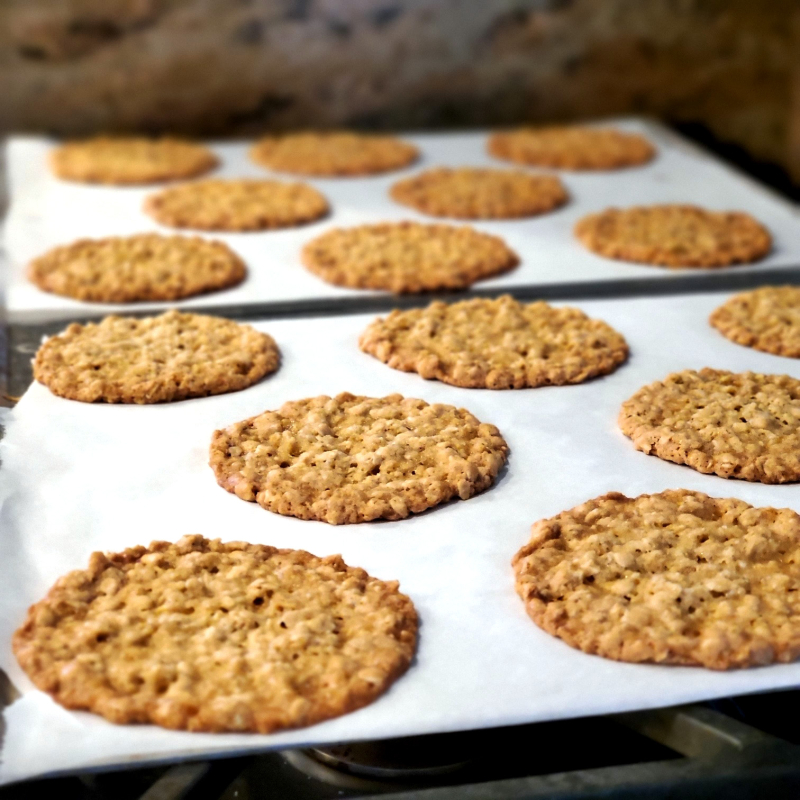 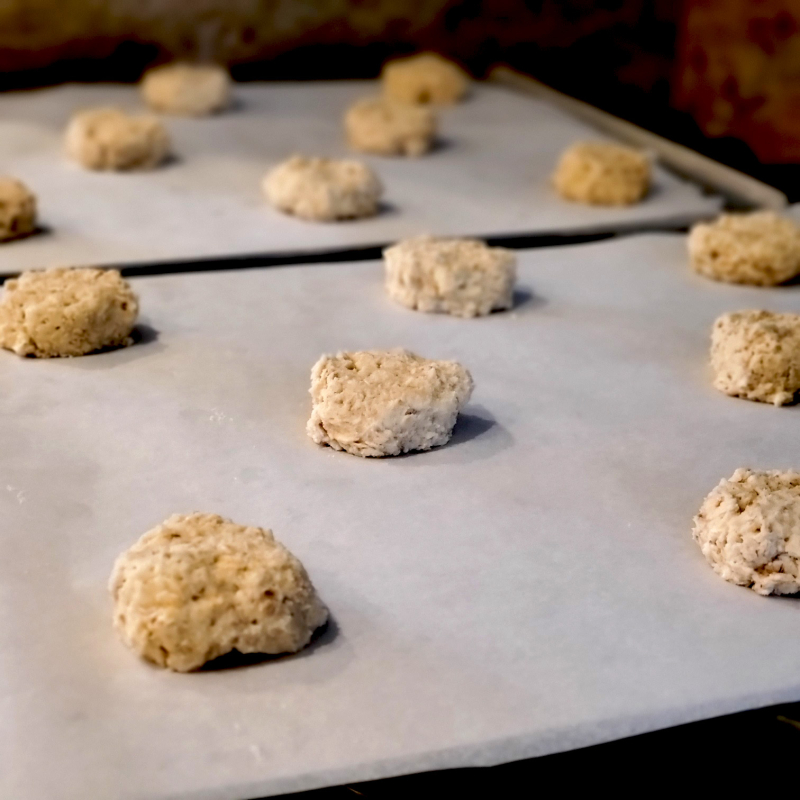 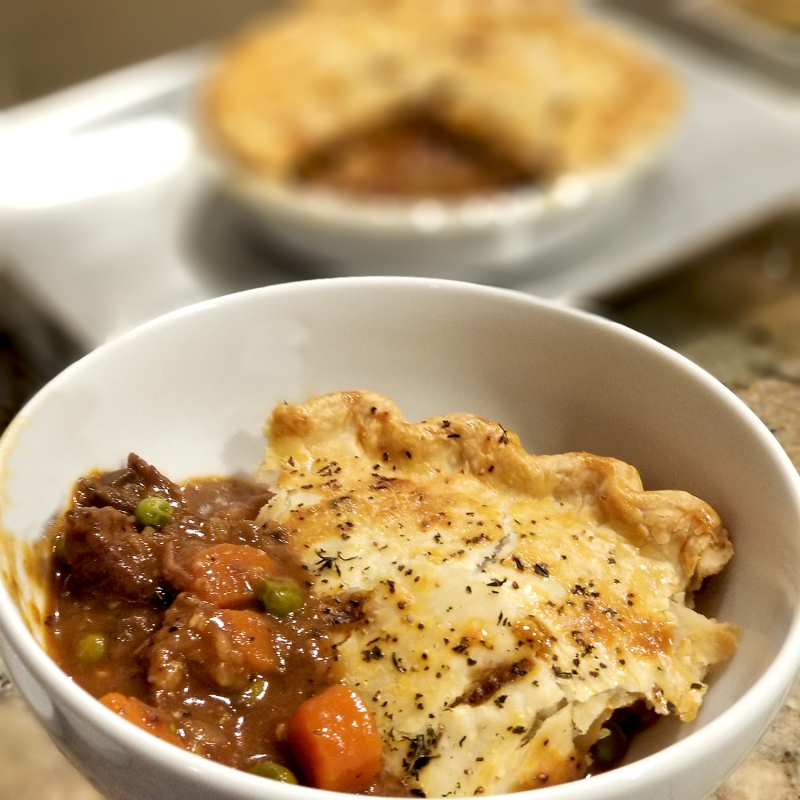 Comfort food at its best, this recipe comes from a 2014 fall issue of Cook’s Country magazine. The beef comes out tender and the meaty filling is rich and delicious, perfect for a weekend supper.

Salt and pepper as needed

*BEFORE YOU BEGIN :You should have about 1 3/4 pounds of meat after trimming. Note that only half of the meat is browned. You can use button mushrooms instead of the cremini. 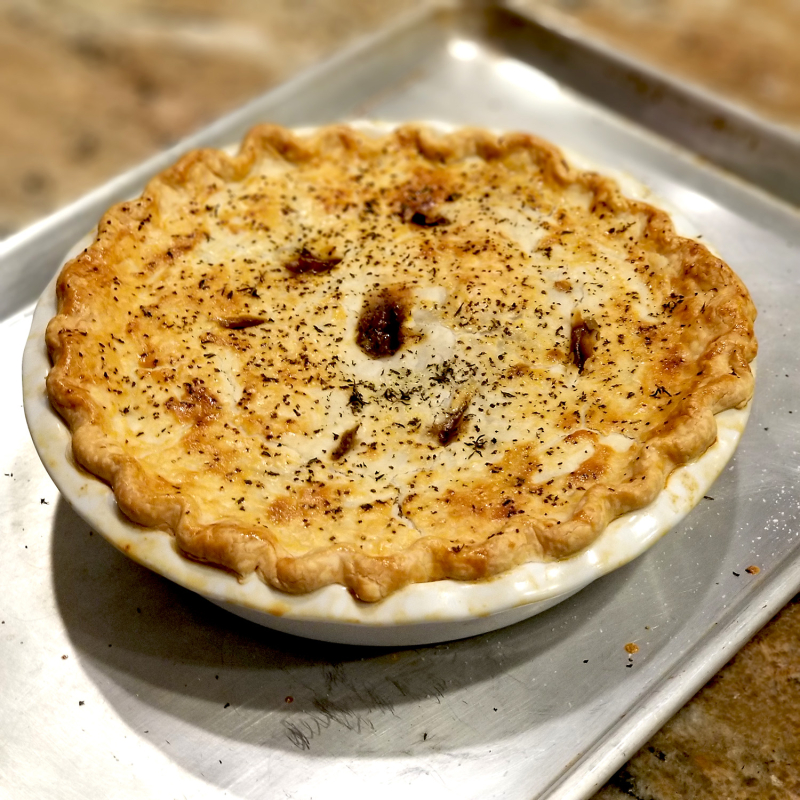 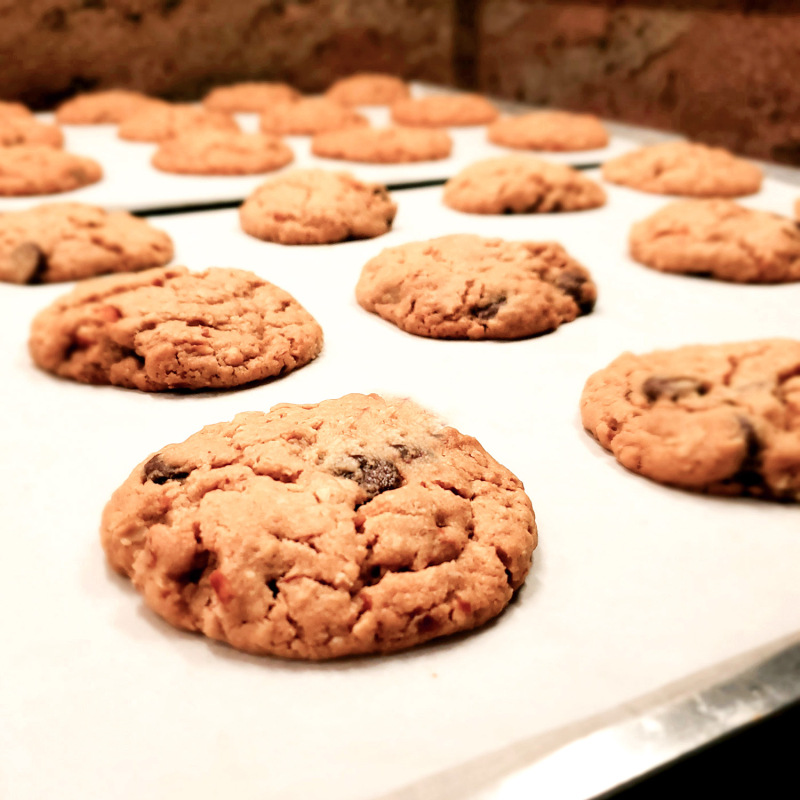 From the brilliant folks at America’s Test Kitchen, they describe these cookies as “chewy, crunchy, salty, and sweet. The addition of crushed pretzel sticks and crunchy peanut butter give the cookies a unique and satisfying texture, and if you are a fan of salty and sweet, you love the balance derived from a sprinkling of flake sea salt and sweetness of dark chocolate. You can find this recipe and many more in their cookbook The Perfect Cookie

Easy and Light Chicken and Dumplings for Two

Scaled down recipes can be very handy, especially for dishes that taste best the day they are made. If you’re looking for something easy, comforting and delicious, this chicken and dumplings recipe is one of the best. *Note: Make the dumplings just before adding them to the stew.

Download Easy and Light Chicken and Dumplings for Two 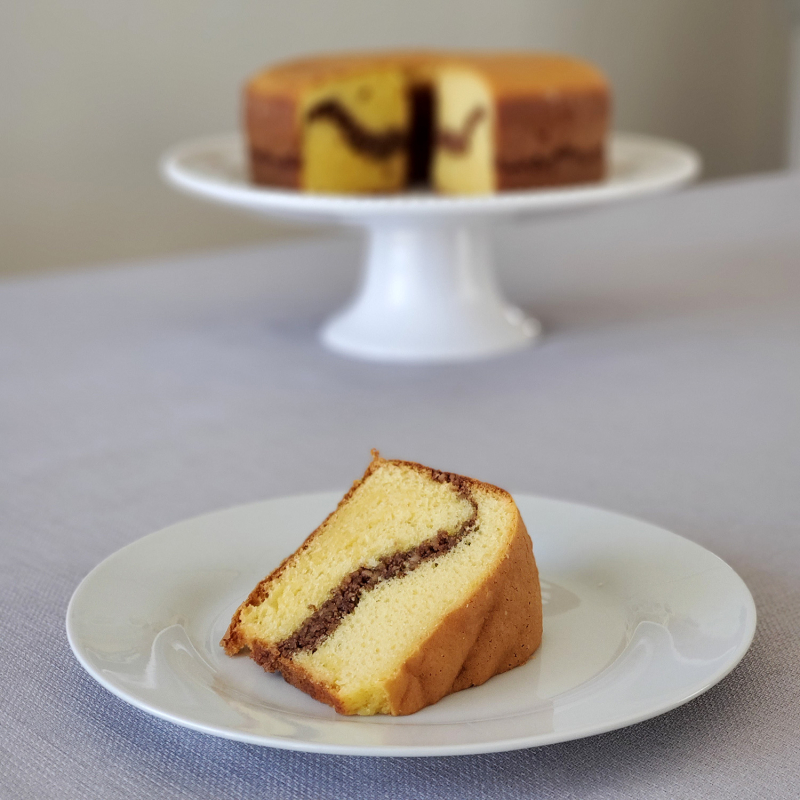 This retro recipe from the 70’s was regularly printed on the back of a Duncan Hines yellow cake mix box. You can still make it with a yellow cake mix, but it’s important to add a few extra ingredients to give it a more “from scratch” taste. Sour cream, toasted pecans, and vanilla give the cake mix a needed flavor boost. The cake is fine on its own, or you can drizzle a little cream cheese glaze to make it even more decadent.