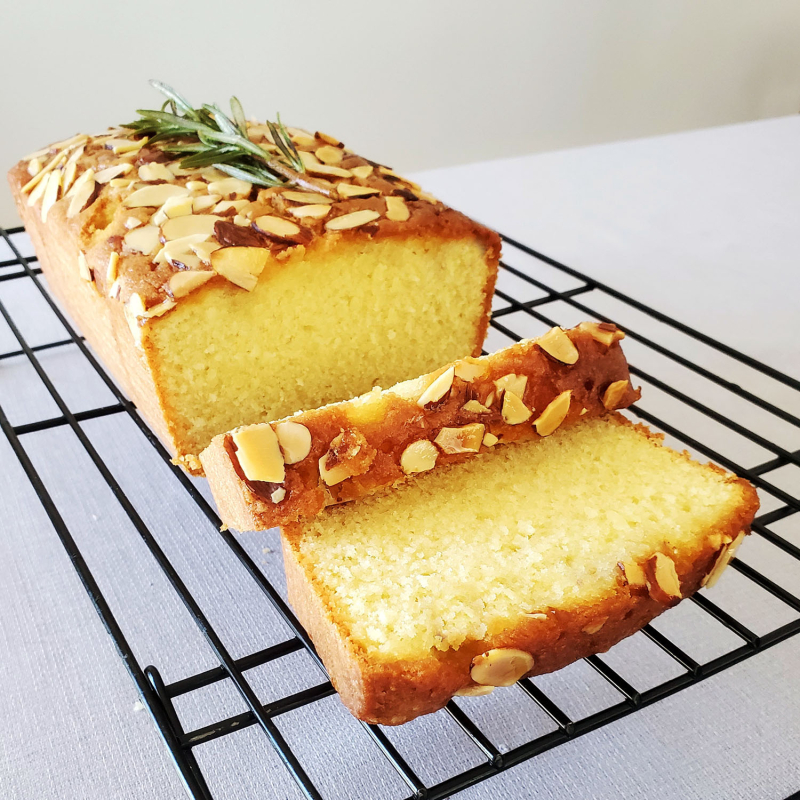 I’m always searching for a great recipe for lemon pound cake, or tea bread, the kind I remember having in Paris, moist but light, and loaded with lemon flavor. This might be the best one I’ve tried, which I discovered on an episode of Milk Street TV called “Baking in Paris”. The recipe is inspired by the show’s visit to Rose Bakery, a cafe owned by Rose Carrarini,  where they sampled Rose’s acclaimed Lemon-Almond Pound Cake. Her secret is to replace some of the wheat flour with almond flour. Almond flour makes the cake's crumb extra tender and moist and gives it a more interesting texture than wheat flour alone. The original recipe uses a traditional lemon drizzle, but I decided to try a rosemary lemon drizzle which I saw John Whaite (English baker who won the third series of The Great British Bake Off) do on a Baking Mad “makeittogether competition The rosemary lemon drizzle soaks into the loaf cake and brings it to another level – an absolutely fantastic combination.

Tips: Don’t use cold butter or cold eggs. The butter must be softened to room temperature so it integrates into the sugar-flour mixture. And the eggs must be at room temperature, too, not chilled, so they don't cause the butter to stiffen up when added to the mixer. Lastly, don't rotate the cake as it bakes. Jostling the pan increases the chance the batter will deflate, resulting in a dense, under-risen cake. 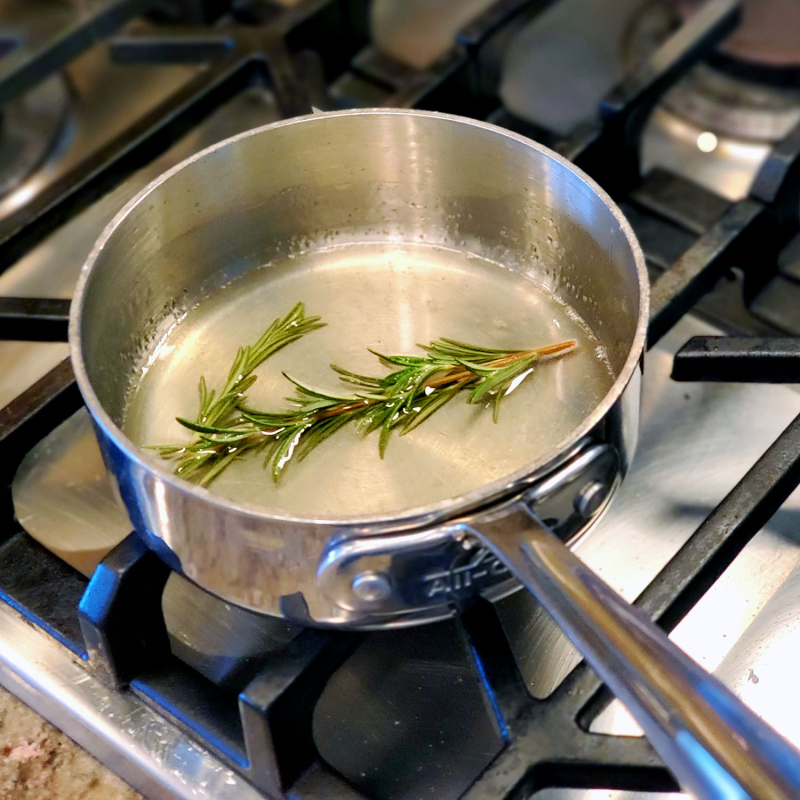 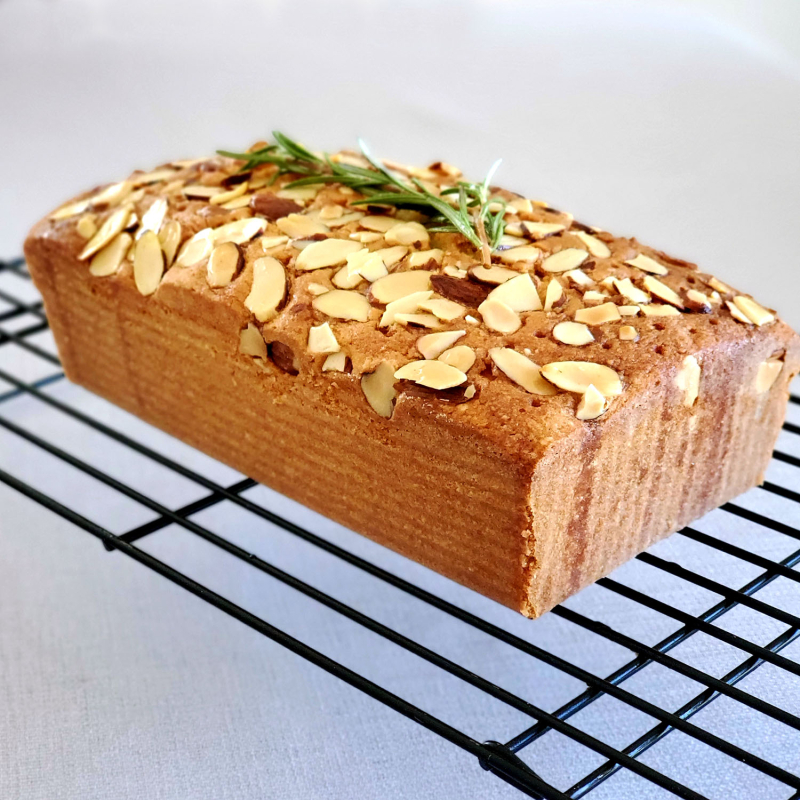 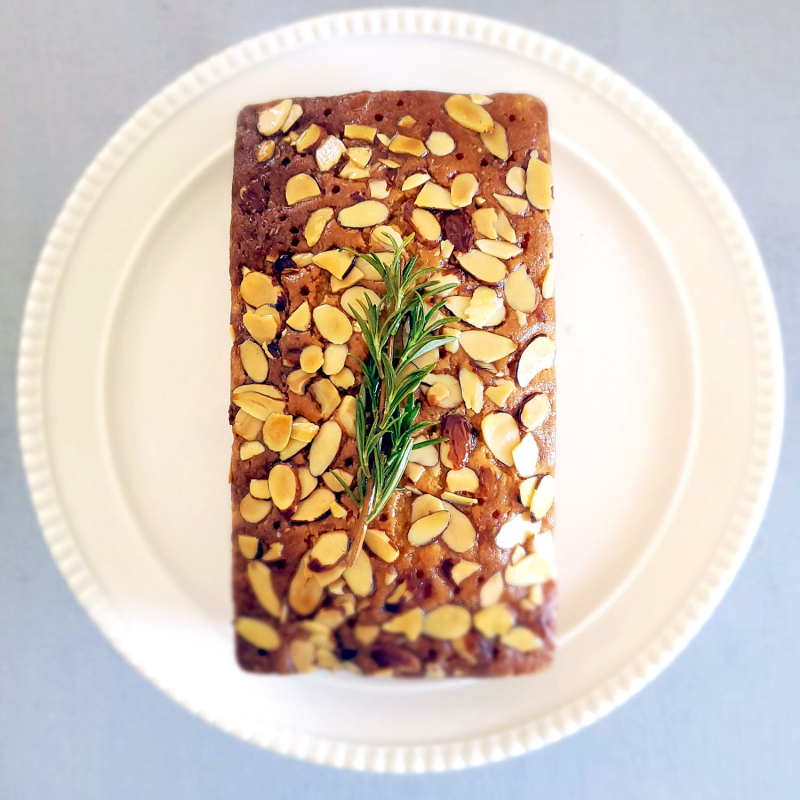 Posted at 11:30 AM in Cakes/Frostings, Muffins/Quick Bread | Permalink | Comments (0) 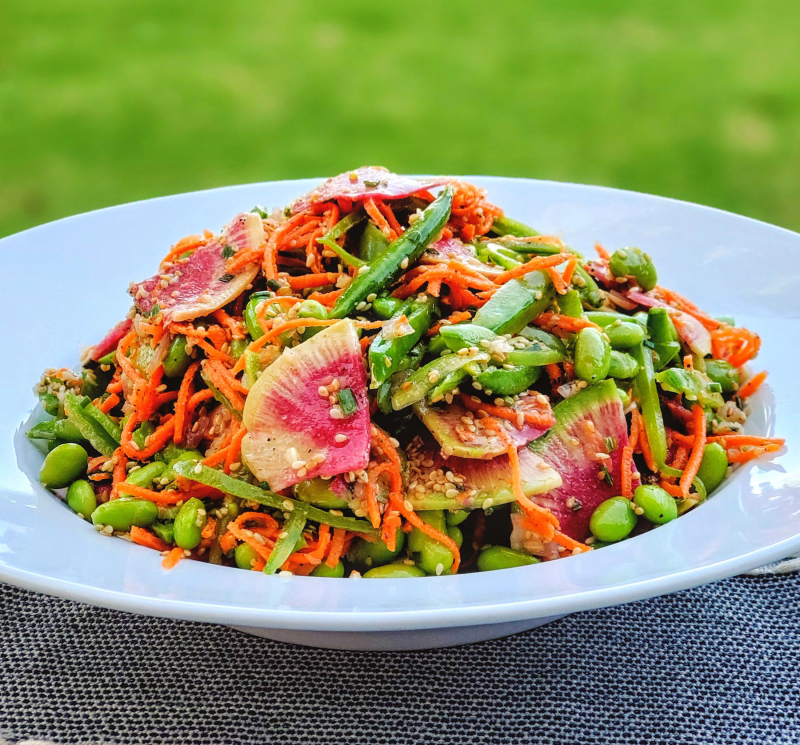 This is a fantastic summer dish which I first tried at Alan Jackson’s restaurant/marketplace Lemonade. The edamame are a great base for salads because of their bright, fresh flavor and watermelon radish add great color and crunch while the sesame ginger dressing ties it all together. Makes a great salad to serve with sushi.

1 watermelon radish, thinly sliced and then cut each slice into quarters (to resembles triangle slices of watermelon)

1 carrot, grated on small holes of a box grater

In a small mixing bowl or mason jar, combine the vinegar, sesame seeds, ginger, garlic, mustard, soy sauce, chili paste, canola and sesame oils; season with pepper. Whisk or shake to blend. Keep any left-over vinaigrette covered in the refrigerator for up to 1 week. Makes 1 cup.